You are here: Home / books / “I Was a Dancer” – Jacques d’Amboise’s new autobiography – is exuberantly dishy, yet unkind to no one. 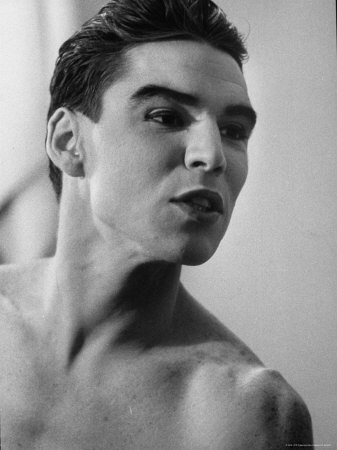 The Wall Street Journal finishes its rave review of d’Amboise’s recollections with these words:

One of Mr. d’Amboise’s nicknames in the company was “Daisy,” because he was “always optimistic and sunny.” Another was “Georgette,” because the dancers often called each other by their mother’s names… Dance was good to Daisy and he’s returned the favor many times over. With “I Was a Dancer” he has struck a satisfying balance: this memoir is exuberantly dishy, yet unkind to no one.

It is perhaps obvious that the content of the book is centred on ballet and Balanchine, but as Alastair Macaulay sums up in his New York Times review, there are some surprising moments:

Since Jacques d’Amboise was among the most distinguished American male dancers of his day — his prime was probably 1952-74 — it is startling to read, in his memoirs, of his part in a stabbing. He had been a student at the School of American Ballet for several years when in the summer of 1949, heading home through Washington Heights in Manhattan, he found himself in a clash with a local bully, who produced a switchblade. “Without even thinking, I did a grand battement — a big kick — knocking his hand and sending the knife flying,” d’Amboise writes in “I Was a Dancer.” “The force of my kick spun me around on the ball of my foot 360 degrees. I arrived with both feet under me in plié, leaped in the air, and jumped so high my feet kicked down on top of his shoulders, smashing him to the ground.” Then d’Amboise, infected by “the virus of the bully,” pinned down his opponent, “stabbed him in the buttocks, tearing through his jeans, piercing the skin and drawing blood.”

What followed, “like a bucket of water,” was “a wash of shame.” Within months, d’Amboise — age 15 — left high school to join New York City Ballet at the invitation of George Balanchine. And “before I was through my teens,” he reflects, “I had been introduced and exposed to artists who would, in later years, become legendary.”

D’Amboise expresses himself well with words. Laura Jacobs in the WSJ wrote:

It turns out that the dancer is also a writer. If Mr. d’Amboise had finished high school—in 1949, at the age of 15, he accepted a position in the company of the year-old NYCB—his skill with the quill might have been discovered. The opening sentences of this memoir don’t just pull you in; in a mere three lines they capture the essential dynamic between Andrew Ahearn and his feisty wife: “My father would tell us, ‘She thinks she’s Sarah Bernhardt, the queen of the theater, putting on airs.’ My mother relished the comparison, ignoring the slur Pop intended. She did resemble pictures of the great actress, and acted the part as well.” This is a woman who, in 1946, convinced her husband to change his surname, and that of their four children, to hers. 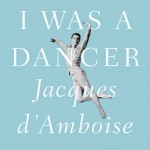 is printed by Knopf

Bad English: The possessive is “its” not “it’s”
You wrote:
“The Wall Street Journal finishes it’s rave review ”
For shame. The possessive of “we” is “our” not “we’re” , of “I” the possessive is “my” not “I’m”
Why do people stick in apostrophes when not called for?
“It’s” means “it is”

Well yes, of course. Thank you for pointing it out. You may find other errors of this sort. Writing on notebooks and cell phones has its disadvantages – and proof reading is one of them. If you read my articles however, I don’t think many slip through the net!

Check with grammarian Patricia T O’Conner and you will find that your thinking is too rigid. Indeed, “it’s” was initially the way it was spelled – so to the other reply, you have absolutely nothing to apologize for! Anyway people who go around correcting other people’s grammar online need to get a life, n’est-ce pas?

Well, that was well put. Merci!