You are here: Home / dance / Sarah Lane’s back, this time on ABC, talking about being Natalie Portman’s ‘Black Swan’ Dance Double

In her first television interview on ABC’s “20/20’s” with Elizabeth Vargas, Sarah Lane, the ballerina who was Natalie Portman’s dance double in “Black Swan,” accused film-makers of lying about how much she danced in the film, and trying to cover it up.

After she was interviewed by Glamour magazine for an article titled “The Real Black Swan,” before the Oscar ceremony Lane, a soloist for the American Ballet Theatre, said one of the film’s producers called and told her to keep quiet about the extent of her performance.

He asked if I would please not do any more interviews until after the Oscars because it was bad for Natalie’s image. They were trying to create this image, this facade, really, that Natalie had done something extraordinary. Something that is pretty much impossible … to become a professional ballerina in a year and half. Even with as hard as she worked, it takes so much more. It takes twenty-two years, it takes thirty years to become a ballerina.”

Portman’s face was superimposed onto Lane’s body through special effects called “face replacement” in pivotal dance scenes to make it appear as if it were Portman executing technically sophisticated moves.

Full body shots with actual dancing is me. That’s why they hired me,” Lane said.

Here is the reality. I had my editor count shots. There are 139 dance shots in the film — 111 are Natalie Portman untouched. Twenty-eight are her dance double Sarah Lane. If you do the math, that’s 80 percent Natalie Portman.” 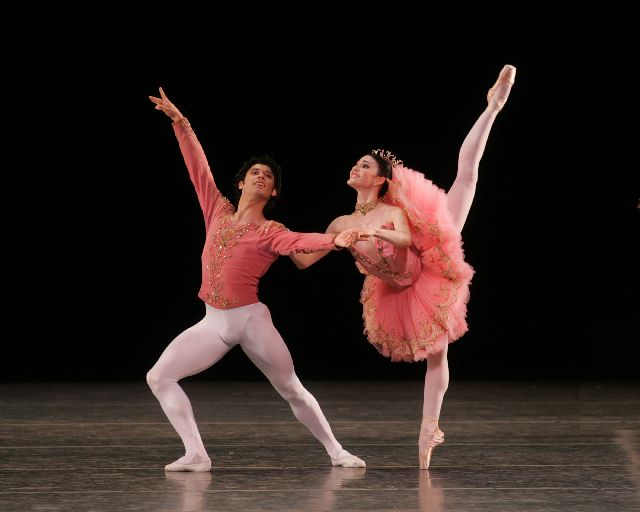 There are about 35 shots that are full body shots in the movie. Of those 35 shots, 12 are Natalie, and then the rest are Sarah,” Weisblum said. “But over the overall film, Natalie did a lot more than that. I mean, she did most of the other shots. It was sometimes hard for me to tell the difference as the editor, it was so close.”

Portman didn’t thank Lane in her Oscar acceptance speech and has said she doesn’t “remember my Oscar speech at all. I’m actually too embarrassed to watch it.”

But Lane only has praise for Portman’s acting triumph.

I think she is a really beautiful actress. I loved working with her. And she was really focused on her character every day. I definitely think she deserves, all the credit that she got with the Oscar.”

Lane said her feelings about being credited changed late last year after Portman received an Oscar nomination for best actress and the movie’s backers began an aggressive campaign on the actress’s behalf.

There’s so much emotionally that goes into motivating yourself and being able to physically push yourself to reach a certain level, that you have to reach to be a professional ballerina with one of the biggest ballet companies in the world and to sustain that standard over a whole career. It really hurts for someone to say that, they got a personal trainer and they became what I spent blood, sweat and tears doing every day, all my life, in just a year and a half.”

A lot of the campaign was focused on the physical preparation, the transformation. The Academy loves it when an actor does something besides act in a movie. There was in a lot of the marketing materials for “Black Swan,” certainly the implication that Natalie became a great world class ballet dancer.”

Lane acknowledged that while Portman trained hard for the film, her dancing technique was nowhere near as good as hers.

I’ve been doing this for 22 years, and to say that someone trained for a year and a half and did what I did is degrading not only to me but to the entire ballet world. I have so much respect for this art form and the people who are able to do it so beautifully and I want to stand up for that. I want people to know how hard we work as professional dancers. What is not necessarily, really portrayed in the movie, is the beauty that ballet can create. How it can reach across oceans, and how it can bond countries who are completely at war.”