You are here: Home / music & opera / Daniel Barenboim at the Wigmore Hall: ‘an interpretation that reached for the stars and at times touched them’

The hush was devout, the expectation electrifying. Daniel Barenboim playing at the Wiggy! Not for 40 years has it been possible to write that. If Salome had suddenly appeared, plus veils, to dance at Oxford Circus Tube station, the excitement and anticipation couldn’t have been greater. 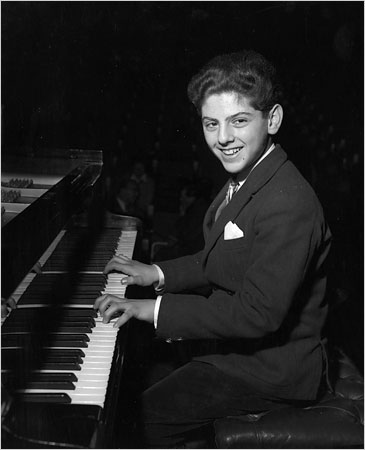 said Richard Morrison in The Times. It’s hard living up to such high expectations, but Barenboim has been at the top of his game for almost 60 years, and has proved again and again why that is so. Though he’s not infallible:

Deutsche Grammophon would have done him a bigger favour by sitting on his clumsy Chopin recital in Warsaw, than they recently did by releasing it – but he’s still expanding his repertoire. A Southbank foray on Monday saw him brilliantly tease out the poetry of Liszt’s concertos, and at the Wigmore he ventured into late Schubert.

says Michael Church in The Independent. And the Schubert sonatas seem ideal for his approach, Church adds:

Schubert had always wanted to escape from Beethoven’s shadow, and Barenboim showed how he did this. The mournful grandeur of the first movement, with its serpentine semiquaver runs, led to the hymn-like Adagio which here acquired passionate eloquence; the music’s strangely tentative gasps in the minuet were delicately rendered, and the hurtling Tarantella became a brilliantly-controlled tussle between fancy and fieriness. Radu Lupu – the greatest living exponent of Schubert’s piano music – could not have done better.

Barry Millington for The Evening Standard attributes some of Barenboim’s approach to his non-pianistic work:

There is a real sense in which Barenboim’s pianism these days is informed by his operatic and orchestral experience. Both the Schubert sonatas he played – the G major, D.894, and the C minor, D.958 – were projected on a grand scale. The C minor in particular encompassed dramatic declamation, spaciously noble paragraphs and some wonderfully intimate moments where subjective expression was taken further than most would dare in such repertoire .

Barenboim is now resident at Milan’s La Scala, and maybe some of the Italian nature has crept into his soul. Martin Kettle in The Guardian sums up:

Barenboim’s [Schubert] – played on his own Italian Steinway imported specially for the occasion – was dramatic, subjective and certainly far from technically impeccable…

For some, such personality and creativity at the keyboard is unsettling. But Barenboim blew away most doubts, and there was never any showing off in the Lang Lang manner. One immediately noticed the intuitiveness of Barenboim’s playing in the G major sonata, its theatricality in the best sense, its spur-of-the-moment qualities, the shafts of lightning, as well as some expressive liberties. The C minor sonata, a work that does not always yield its secrets even to experienced and nimble hands, was even better, an interpretation that reached for the stars and at times touched them.

Photo: a 13 year-old Barenboim, at the beginning of a 60 year career