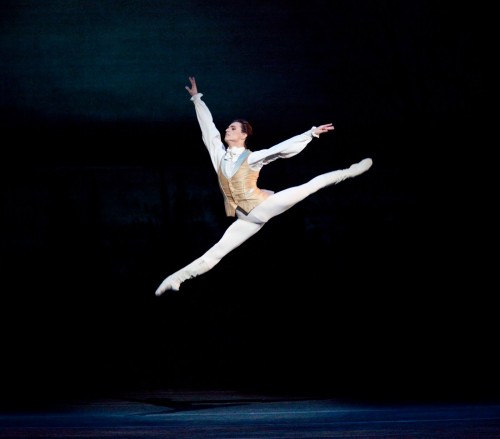 It was with considerable surprise that the ballet world received the news of the departure of 21-year-old Ukrainian Sergei Polunin from the Royal Ballet. He was promoted to principal just two years ago, and was making leaps forward in his career with the company, including the recent live relay of The Sleeping Beauty with his ‘partner’ Lauren Cuthbertson.

Polunin was due to appear in The Dream next week and had given no indication in rehearsals that anything was amiss, said The Telegraph, but told Royal Ballet director Dame Monica Mason today of his decision to quit.

Just have to go through one night!!! then will make my next moves.

This has obviously come as a huge shock, Sergei is a wonderful dancer and I have enjoyed watching him tremendously, both on stage and in the studio, over the past few years. I wish him every success in the future.”

His profile on Twitter now announces “Principal Dancer of?”

Photo: Sergei Polunin in The Sleep­ing Beauty by Johan Persson