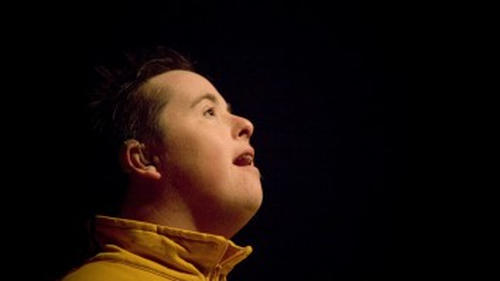 Glyndebourne has hosted the world première of a major new production conceived and performed by artists with learning disabilities.

Gold Run was inspired by the story of the return of learning disabled athletes to the Olympics at London 2012. A ban had been in place since 2000 after the discovery that the Spanish basketball team were fielding non learning disabled players.

The well-received première was the culmination of a two year collaborative project between Glyndebourne opera house, disability arts organisation Carousel and Pallant House Gallery, the home of Modern Art in the South.  The cast was involved in all stages of the creative process and developed a compelling, multi-genre performance featuring a mix of film, music and visual art.

The Gold Run project was the first of its kind for the Glyndebourne Education department which runs a diverse and varied year round programme of learning projects. It’s been inspiring to see how the cast have developed as performers and to witness the ease with which they took to performing in such a famous setting. We were delighted to be able to host the première on our main stage and the overwhelming reaction from the audience is testament to the commitment of everyone taking part.”

Following yesterday’s successful première, Gold Run will go on to be performed live as part of the Brighton Festival and at Chichester Festival Theatre. The visual art from the piece will appear at Dilston Grove Gallery in London.