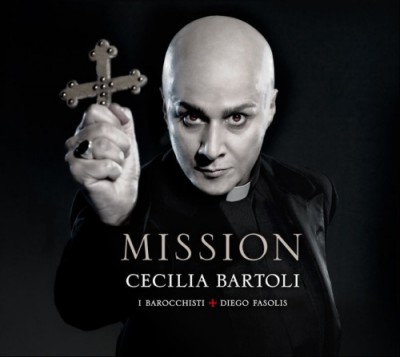 With the third ‘clue’ at the end of the new Cecilia Bartoli Youtube video we are rewarded with a (gorgeous) 90 second clip of “Ogni core può sperar”, an aria from Agostino Steffani’s opera Ser­vio Tul­lio. So we certainly guessed correctly in the last update.

However, is Mission an album of arias by Steffani, or is he one of the composers featured? As Bar­toli has already said that the new record­ing would be “on the won­der­ful music of a for­got­ten com­poser who led a secret­ive life” it suggests a single composer, but though this might be the core of the cd, there’s no reason why contemporaries can’t be featured, or even a few arias by other composers with a mission.

There are still another five clues to ‘discover’ and enter in the grid, but unless Decca have recorded 90 seconds of a track that won’t be included on the album, it seems as though we’re on track!