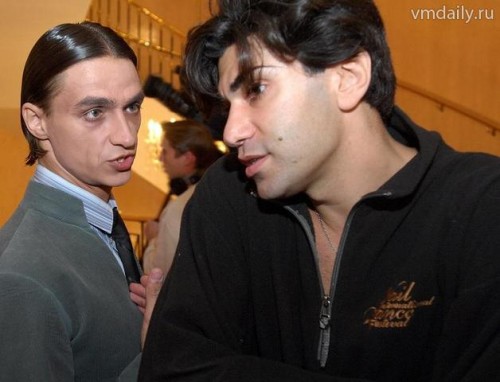 After it was announced that the Bolshoi Ballet will not renew the dancing and teaching contracts with Nikolai Tsiskaridze when they expire at the end of this month, many supporters have come forward. Next Saturday, 15 June, a demonstration in Moscow’s Red Square will protest against his forced departure from the company.

Tsiskaridze claims he is being victimized over allegations that he was related to the acid attack that nearly blinded its artistic director, Sergei Filin. The 39-year-old dancer has been with the company since 1992.

Bolshoi director Anatoly Iksanov is said to be furious that Tsiskaridze has openly criticized the management of the theatre, even suggesting on public television that he should take over the top job.

The deputy head of the board of trustees of the Bolshoi Theatre, the President’s Special Envoy for International Cultural Cooperation, Mikhail Shvydkoy, said Tsiskaridze’s departure was natural as he was in the twilight of his career, reported RIA Novosti.

Three years ago, I said that if I were the director of the Bolshoi I would not have anyone in the company who was so bitterly opposed to the Company, and would have fired him.

Supporters are claiming that in their view “the dismissal Tsiskaridze cause irreparable damage to Russian ballet”. The organizers of the demonstration are asking for Tsiskaridze to be allowed to resume his joint roles, and to sign new contracts for the next five years.