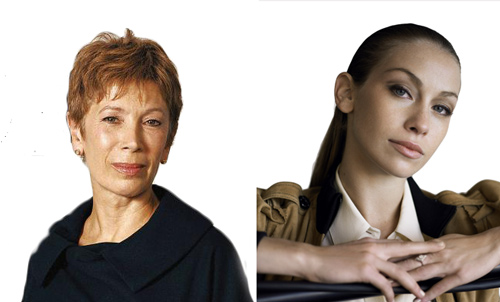 He impressed us with his simple yet incisive approach during the rehearsals. He is a man who has a life outside dance; this is his true strength.

Paris Opera Ballet Étoile Eleonora Abbagnato was talking about the new company director Benjamin Millepied. She was interviewed by the Italian Vanity Fair after Millepied’s new ballet for the POB, Daphnis et Chloé, had opened to rapturous reviews last May.

It was the sort of success that we haven’t seen for some time, so everyone was very satisfied. For years we’ve suffered under a very severe management style.

She was talking about Brigitte Lefèvre who has led the company since 1995, and will officially hand over to Millepied in October of this year.

I’m very happy about this change. Millepied is only a little older than I am and he has a great desire to experiment.

In the past Abbagnato has spoken about ven­det­tas and feuds that made the atmo­sphere unbreath­able in Paris, and the wall she came up against under Lefèvre’s reign, blocking her out of that small ech­elon of baller­inas called ètoile.

Lefèvre, though, promoted Abbagnato to étoile in March 2013.

Heard that a lot from French friends too. It seems that Mlle Lefèvre was loved by all.

Yeah, she also let the level slide. Look at the company now and compare it to how it was when she arrived!!!!