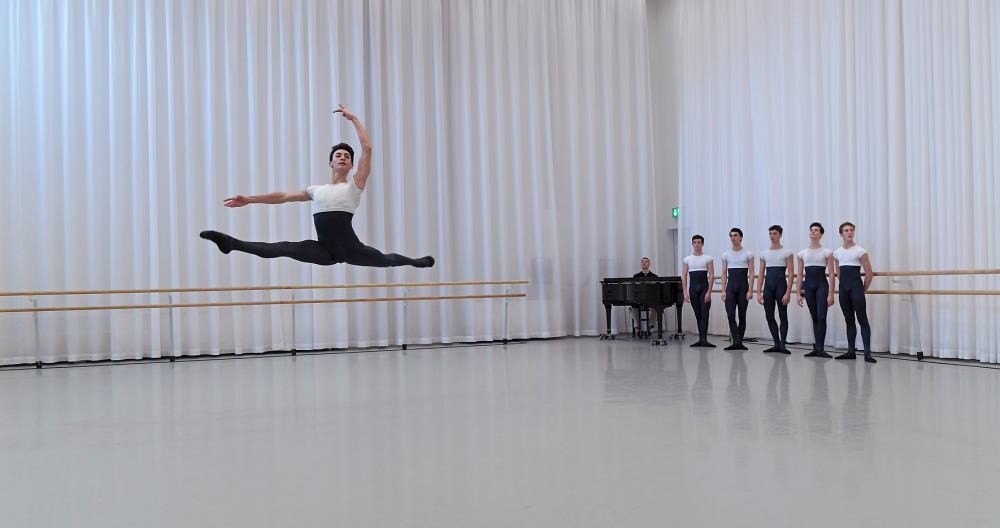 The first prize, sponsored by the Swiss investment firm Adveq, was not his only award as he also won the Best Swiss Candidate Prize as well as the Contemporary Dance Prize for his interpretation of an extract from John Neumeier’s ballet Nijinsky. 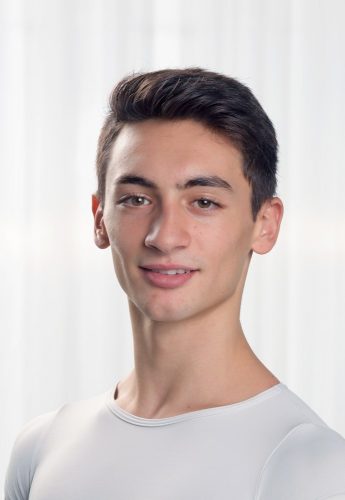 The 17-year-old comes from Aversa, a town 5 kilometres north of Naples, famous for its buffalo mozzarella and white wines. Although the it is not large – about 50,000 inhabitants – he is by no means the first with an artistic bent to be born there. The prolific 18th Century composer Domenico Cimarosa (Il matrimonio segreto) came from Aversa, as did the lesser known, but influential, Niccolò Jommelli. It is also the birthplace of Caterina Balivo, the presenter of the campest programme on Italian daytime TV!

What made the young Michele want to start dancing?

I started dancing when I was three years old. It was just for fun, with my sister. We were encouraged by our parents who loved the fact that we wanted to learn, because they too took lessons at an amateur level.

One of his early role models was Giuseppe Picone who was born in nearby Naples and is now director of the city’s ballet company at Teatro San Carlo.

He’s Neapolitan, like me, and very well known in the area where I live in Italy.

Growing up he grew to appreciate more far flung talents:

Michele, the only boy in the class

Michele began lessons at the same school that Picone had attended, the Centro danza Diana in Aversa. However, a few years later, dance took him far away from his hometown and his first school.

At 11, I went to study in Switzerland at the Tanz Akademie Zurich, where I will finish my studies, and receive my diploma, at the end of July.

Six years in the Academy – you’ll miss it!

My time spent in this school has been essential for my formation. I have learned so much from all the teachers that are there, but also from the other students and all the people I have got to know!

I’ve truly enjoyed my time here not just because of the quality of the teaching, but because of the way students are taught to be polite and to respect each other… to be nice. It creates such a good atmosphere in the school which, for me, has been really important!

As a Prix winner, Michele can take his pick of world-class companies to join: his scholarship allows him to choose to work at one of the competition’s partner companies for a season.

Vincenzo Di Primo, one of last year’s winners, has a surprisingly similar story: he’s also from the south of Italy (Sicily), went north to study abroad (Vienna Opera Ballet Academy) and won the Lausanne prize. Vincenzo chose to join The Royal Ballet and has demonstrated what a launching pad Lausanne can be: he was given a named role in the revival of Kenneth MacMillan’s Anastasia in October 2016, soon after joining the company, which he danced on opening night and for the live cinema relay.

If Michele’s already got an idea of where he wants to head, for the moment he’s not telling, though the list he has to choose from includes most of the world’s top ballet companies.

I need to evaluate which company would be best for me, but I think I will choose to stay in Europe.

To be honest, I’ve never felt that I had more to offer than the others, especially in a competition like this where the level is so high. I think that aspects of my character have helped… my determination, my strength. To get good results, I have always worked as hard as I can.

That willpower brought him to Lausanne.

The experience was unforgettable and has changed my life already.

What air did you breathe during the competition?

Backstage there was a happy and tranquil atmosphere with the pleasing feeling that the competition was all above board; I enjoyed it enormously and lived it to the full.

All of us were trying to do our best, and having the possibility of studying with some of the best international teachers was an honour. I worked with Patrick Armand for my classical variation and he also gave the daily class. Didy Veldman taught the modern class and I had Yohan Stegli to work with on my modern piece.

What I found interesting was that in that short time we had available not only did they help to better what we were doing with their corrections, but they were able to encourage us to expose more of what we have inside… our dancer’s soul. They helped me to convey a story and express emotions which the audience were able to appreciate.

It sounds relaxed and comfortable… nothing unsettling? No obstacles to overcome?

The most difficult thing for me was dancing on a raked stage, though I didn’t let it beat me, and when I learned that I was in the final 20 it gave me an even bigger boost to face the finale.

And after the finale, you were in line with the other 19 dancers for the award ceremony.

I felt very emotional during it. Of course, I was hoping to win, but after having received my first two awards, I wasn’t expecting to get the first prize as well. It was like a waking dream.

Although he’s not going to be dancing leading parts on his arrival at his first company, he must have some roles and ballets on his wish list?

Basilio is certainly close to my heart, and I love The Sleeping Beauty and Spartacus. Then there’s The Flames of Paris, and Manon too. It would be great to be part of In the Middle, Somewhat Elevated and also Neumeier’s Nijinsky that I danced for the competition. Maybe William Forsythe and Akram Khan are my favourite choreographers just now.

So, after the diploma in Zurich, he will be back with the family in Aversa before heading out on his next adventure.

I adore being with my family in Italy and getting together with my old friends.

And eating the exquisite local food too?

I have a careful diet and in the school they have taught me how to alternate protein, carbohydrates, fruit and vegetables, according to the type of classes we are having. I need to be careful about eating well, but in Italy it’s difficult not to eat too many carbs!

So, Michele, the specialist training, being far from your family, even controlling your spaghetti intake, is all to get you up there on stage to dance. Is it worth it?

When I’m onstage I am so concentrated that I think only about enjoying the moment and living it to the full. Most times, it’s as though I’m transported to another world, my own world, where I am the creator and hero of the story.

A story that is just beginning…

He stood out from the very beginning!

Great Article and photos, Graham! Thank you for having put it together! Now wouldn’t it be nice if he could join the Royal Ballet!!

Great dancer. Well deserve the prize. I was watching the previous trainning days of the Prix and when I saw him dancing I thought he was special, had the technique, the commitment, the expression, the elegance. He has a huge future…

Beautiful dancer, brilliant attitude to life and to dance, lovely human being….. he’ll go far. Come to the Royal Ballet!

A clear winner for me. All the elements came together in a controlled fashion.