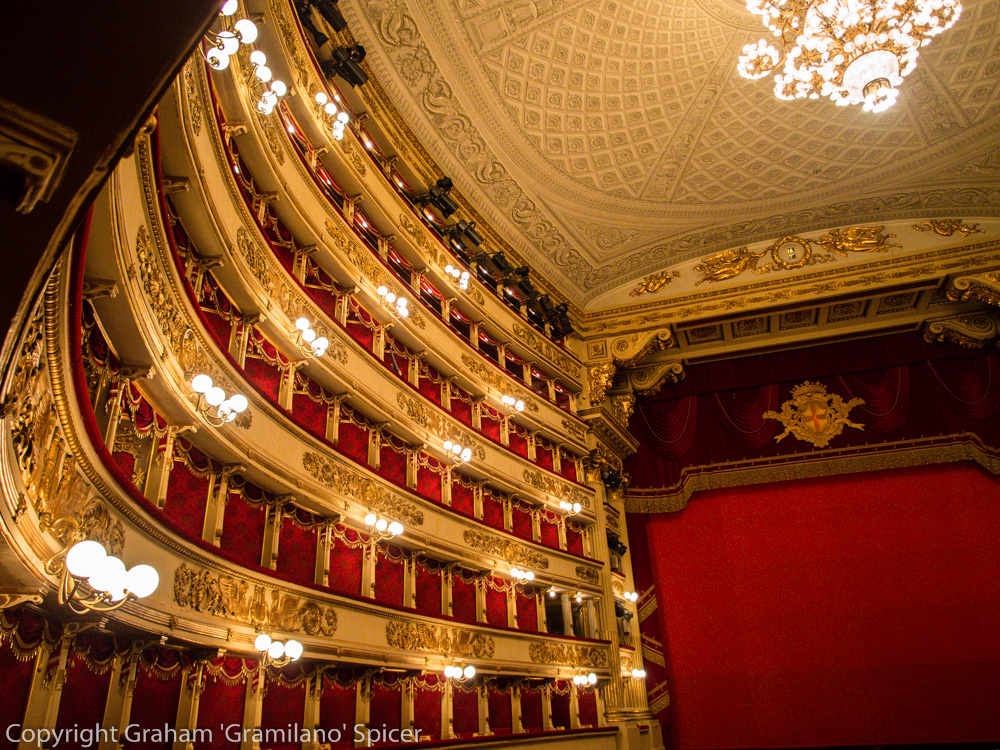 It is 133 days since La Scala went dark. Tonight, its doors will open once again, for a limited number of spectators – 600 instead of 2,000 – for a short series of concerts.

Positioning in the auditorium has been arranged with single or paired seats, with a top price of €48 and gallery seats at €24. To respect social distancing requirements, it means that a 13-seat row has between two and four people in it as there must be spaces behind and in front as well as to the sides. Boxes will hold a maximum of two people and are mainly arranged by alternating one person boxes with those for two – usually, there are between four and six people in each box. Paired seats are obviously meant for people from the same household. Even if a concert is sold out it is hardly going to fill the coffers, so it an inspiring gesture, but it’s not a solution.

Singers include Francesco Meli, Luca Salsi, Federica Lombardi, and Irina Lungu with instrumental players including Beatrice Rana, Mischa Maisky and Patricia Kopatchinskaja, young singers from the theatre’s academy and members of the orchestra.

Tickets are available exclusively online. The four concerts are as follows: