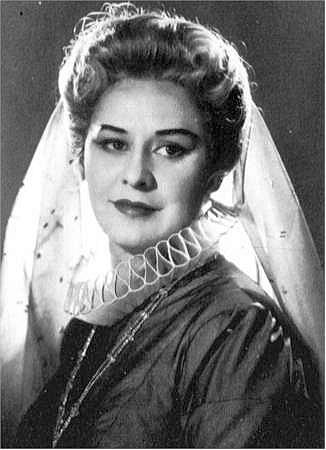 Sena Jurinac has died in southern Germany at age 90.

The Vienna State Opera confirmed the death today, saying it is mourning the loss of a “legendary artist who shaped not only the Vienna State Opera but also the entire opera world.” Austrian news agency APA reported that Jurinac died yesterday, November 22, at her home near Augsburg. November 22 is, appropriately, Saint Cecilia’s day, the patron saint of music.

Born in Travnik in Bosnia in October 1921, Jurinac made her debut at the Vienna opera as Cherubino in “The Marriage of Figaro” in 1945 — the first production after World War II.

In the autumn of 1946, she appeared at Covent Garden with the Vienna company, singing Dorabella. Her Salzburg Festival début was in 1947. She appeared at La Scala as Cherubino.

Jurinac became established as one of the Wiener Ensemble (together with Irmgard Seefried, Elisabeth Schwarzkopf, Christa Ludwig, Lisa della Casa and others). Between 1951 and 1956 she sang the principal Mozart soprano roles at Glyndebourne, recording both the Countess in Figaro and Ilia in Idomeneo. She appeared regularly at Covent Garden between 1959 and 1963, singing Leonore in Fidelio in Klemperer’s production of the opera in 1961.

Her American début was in the title role of Madama Butterfly in San Francisco in 1959. Opera News said she was “one of the greatest artists who never sang at the Met.“