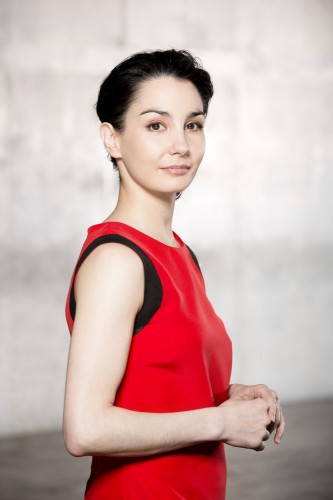 It’s a shame, but I am not going to criticise him. Everyone makes their own health choices: in the past, I risked a lot by dancing with an appendicitis.

Tamara Rojo was talking about her intended partner for Don Quixote at La Scala, Ivan Vasiliev, who has withdrawn as he is recovering from a bout of pneumonia.

Instead of Ivan, I will dance with Claudio Coviello: very young and very talented.

While the role of Kitri is on her black list of female roles thought through by men, she approves of the Nureyev production which is danced at La Scala.

Nureyev was generous and he has given us a ballet that can be freely shaped to fit its interpreters.

In an interview with today’s Corriere della Sera, Rojo also talked of her position as director of the English National Ballet.

Women founded the ballet in England. Ninette de Valois and Alicia Markova were the pioneers. Now there are few women who head the ballet companies, but not because we are not capable. Women are less pushy so they don’t always get noticed, it is the same with choreography. They stop for maternity leave, find it difficult to get back into into the swing when they return, they don’t promote themselves and they are just content that their talent is acknowledged where, for the men, that is never enough.

It’s true that as director I have a rather aggressive approach with the press and marketing, but it is necessary for a company who has only 40% of its budget from the State; all the rest comes from donations and ticket sales.

And on returning to Spain?

Why should I? I’m so grateful to England for having welcomed me and appreciated my talents: I was an immigrant and London gave me opportunity and responsibility.