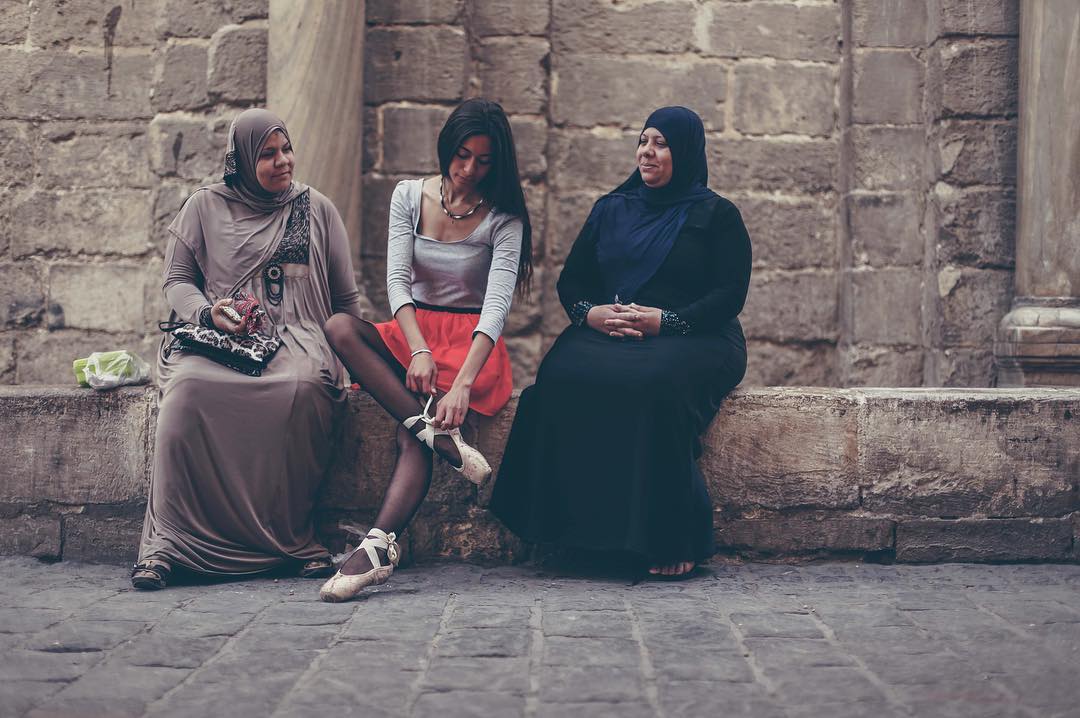 “Bringing Cairo’s dance and photography communities together…” is how the Ballerinas of Cairo defines its Instagram account. The BBC, however, thinks it’s more than that:

The Ballerinas of Cairo are refusing to be intimidated by the recent terrorist attacks that shook the Egyptian capital. Instead, they’re taking to the streets.

saying that its aim is to “reclaim the streets for women”.

“And never miss a chance to dance.” . Ballerina @nirvanaelnahhal . Photo by @mohamedtaher . Like @ballerinasofcairo page on Facebook (link in bio) for more dance photographs and videos.

Whatever, it is starting to have an effect as news services are picking up on what they are doing. We are used to such photos, (even bored with such photos), from the subways of Manhattan and the streets of London, but even in cosmopolitan Cairo a woman displaying a little leg can be frowned upon. Gamal Hamed, of the ultraconservative Salafist Nour Party, has proclaimed,

[Ballet] is the art of nudity, spreading immorality and obscenity among people.

The fifth Egyptian President, Muslim Brotherhood’s Mohammed Morsi, who was removed from office after the 2013 Egyptian coup d’état, once said that dance “violates Sharia (Islamic) law”.

“Why I dance? Because dancing makes me feel free.” . Ballerina: @merayiskander . Photo by: @mohamedtaher . Like @ballerinasofcairo Facebook page (link in bio) for more dancing photographs and videos.

The idea already existed in many countries, which inspired me to try it in Egypt — especially Cairo, so I decided to launch the project here, to let people explore the beauty of Cairo from a different perspective.

The three ballerinas featured in all the photos on Instagram are dancers from the Cairo Opera House: Mariam El Gebali, Nour ElGazzar and Passant Abu Basha.