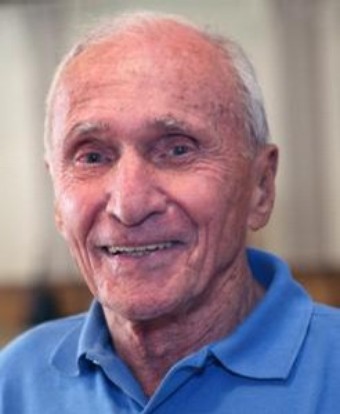 Arthur Laurents, the playwright, screenwriter and director who wrote and ultimately transformed two of Broadway’s landmark shows, Gypsy and West Side Story, and created one of Hollywood’s most well-known romances, The Way We Were, died yesterday in his home in Manhattan. He was 93.

Laurents once described writers as “the chosen people” and said he was happiest when sitting alone and putting his “daydreams and fantasies down on paper.”

He did so in various genres. His film credits include Hitchcock’s Rope; Anastasia, with Ingrid Bergman; and The Turning Point, with Anne Bancroft and Shirley MacLaine. His screenplay for The Way We Were, with Robert Redford and Barbra Streisand, was adapted from his novel by the same name.

But the stage was his first love, and he wrote for it for 65 years, turning out comedies and romances as well as serious dramas that often explored questions of ethics, social pressures and personal integrity. Early on, he once said, he realized that “plays are emotion,” not simply words strung together, and it became his guiding principle.

The milestone was West Side Story, the 1957 musical for which Laurents’s book gave a contemporary spin to the tale of Romeo and Juliet. The Montagues and the Capulets, the families of the doomed young lovers, were now represented by the Jets and the Sharks, warring street gangs in Manhattan.

What we really did stylistically with ‘West Side Story’ was take every musical theatre technique as far as it could be taken. Scene, song and dance were integrated seamlessly; we did it all better than anyone ever had before.”

Two years later, with Gypsy, Laurents helped create what is regarded as one of Broadway’s best musicals.

With music by Jule Styne and lyrics by Sondheim, Gypsy is the story of the striptease artist Gypsy Rose Lee as seen through the eyes of her domineering mother, Rose. The show, directed by Robbins and starring Ethel Merman as Rose, was a hit.

In 1962 Laurents directed I Can Get It for You Wholesale, which helped to turn then-unknown Barbra Streisand into a star. His next project was Anyone Can Whistle, which he directed and for which he wrote the book, but it proved to be an infamous flop. He later had success with the musicals Hallelujah, Baby! (written for Lena Horne but ultimately starring Leslie Uggams) and La Cage Aux Folles.

Laurents directed a 1974 revival of Gypsy in London and on Broadway with Angela Lansbury in the lead, then staged it again on Broadway in 1989 with Tyne Daly as Rose.

Laurents won the first of his three Tony Awards in 1967 for Hallelujah, Baby!, named best musical of the year. With a book by Laurents, music by Jule Styne and lyrics by Betty Comden and Adolph Green, the show followed the rising fortunes of a young black couple (Leslie Uggams and Robert Hooks) in the first half of the 20th century.

In 2000, Laurents published Original Story By Arthur Laurents: A Memoir of Broadway and Hollywood. In it, he discusses his lengthy career and his many gay affairs and long-term relationships, including those with Farley Granger and Tom Hatcher, an aspiring actor whom Gore Vidal suggested Laurents seek out at the men’s clothing store in Beverly Hills Hatcher was managing at the time. The couple remained together for 52 years until Hatcher’s death on October 26, 2006.