You are here: Home / art / Special events banned near Rome tourist icons until 2012 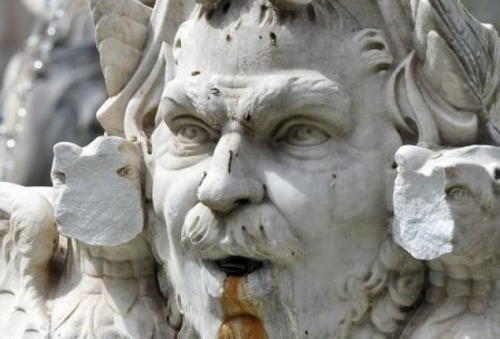 Special events will be banned at Rome’s iconic tourist attractions Piazza Navona and the Trevi Fountain until the end of the year because of a rash of recent attacks by vandals.

Rome Mayor Gianni Alemanno released a statement on Tuesday saying the decision was taken “to protect the public assets of the city of Rome and in particular the artistic and monumental heritage of the historic centre as recognised by UNESCO’s world heritage status”. The decision was taken after recent attacks on the Fountain of the Moor in Piazza Navona and the Trevi Fountain.