After more than a decade with Birmingham Royal Ballet, Principal Dancer Joseph Caley has packed his bags and headed south to join Tamara Rojo and English National Ballet. In July, when his move was announced, he said, “The diversity of repertoire that Tamara has brought to the Company is really interesting and I can’t wait to work with her and her team.”

An exciting step on his career path but one that’s forced him to relinquish part of the world he’d created.

Having spent 12 years in Birmingham I have set up a nice life there and that is difficult to leave.

My wife is still working with Birmingham Royal Ballet so it’s not an ideal situation with me being in London and her in Birmingham. I’ll miss our house and having a garden. I also have amazing friends there, so those things are very difficult to leave.

Joseph with his wife, Jenna Roberts

So, while he may see half his pay disappearing in train tickets to Birmingham, the artistic challenge is exactly what Caley was looking for.

Tamara is extremely ambitious and what she has done for English National Ballet is really exciting. Her vision for the company is what brought me here and I’m sure there will be nothing but success for the company. I’m just happy to be a part of it and can’t wait to get on stage. I’m lucky enough to be dancing with Tamara in Song of the Earth, so I’m really excited about that.

Caley is one of a clutch of professional dancers who have emerged from a single private dancing school in Hull, a port town in Yorkshire in the north of England. The Skelton Hooper school has trained, among others, The Royal Ballet Director, Kevin O’Hare and his brother Michael; Mariinsky Principal Xander Parish and his sister Demelza; and Joseph Caley.

Hull is the UK’s City of Culture 2017, and The Royal Ballet organised a gala celebration to reopen Hull New Theatre, with guests Parish and Caley. Robert Parker, a former Principal dancer with Birmingham Royal Ballet, and another Hullensian, attributed the phenomenon of so many locally-born top dancers to “Northern grit”, a quality helping them deal with the struggles of being a ballet dancer.

Vanessa Hooper [Skelton Hooper’s Principal] and I spoke about how I got to where I am and she admitted that she didn’t make me what I am today, but back when I was a kid we didn’t have the internet and so didn’t have the knowledge of the Royal Ballet School or anything like that — Vanessa was the bridge to take us to the next level and further our training. So I have to say, if it wasn’t for her I wouldn’t be where I am today.

A common thread that links male dancers, is discovering dance after tagging along to the dancing school where sis’ is already having a go.

My sister used to dance at Skelton Hooper and so my mum took me along too — it was just one of many things that I did as I kid. Like most kids I had a lot of energy and I went to loads of after-school activities such as football, swimming and karate. Ballet was the one where I had opportunities that played out for me. 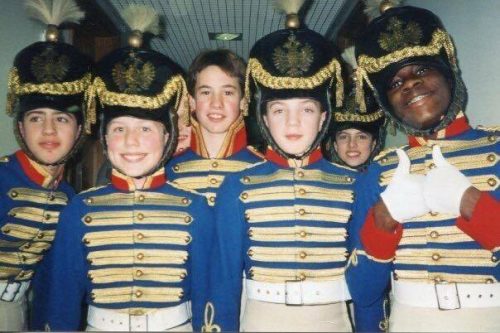 The young lad from Hull travelled the 350km down to London for an audition, hoping to get through to study at The Royal Ballet’s school in White Lodge, which is surrounded by the greenery of Richmond Park.

When I went to audition for White Lodge I remember doing all the exercises and tests that we had to do and while waiting for the results I went to play football in the garden. I was wearing white jeans and when I was called in for the results I had grass stains all over them.

My mum wasn’t best pleased and she made me swap them with my friend. I got in so it didn’t matter so much about what I was wearing. When I started training I had a great time. I had really good friends at school and I think that made a massive difference. 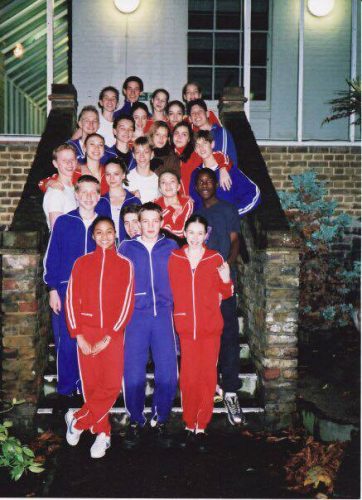 It was extremely different. We’d do our academic work Monday to Friday and we would also have other dance classes such as Scottish or tap. The academic work was very different too as we had smaller classes and I definitely think I benefited from that.

One of the advantages of being a Royal Ballet student is that you get to see top dancers performing, sometimes even up-close on stage, in the wings, or in the studio.

There are lots of incredible dancers that have and still inspire me but I think the biggest stand out for me is Carlos Acosta. I was at the school when the opera house reopened and he danced Le Corsaire. It was incredible, I had never seen a dancer like that before. His athleticism, jumps, and turns just blew me away. The next day we were trying all the steps he did. Seeing it all live right in front of us – I think it really inspired the whole class.

Another stand-out moment was when the school was taken to see Don Quixote. Angel Corella and Alina Cojocaru were dancing and it was probably the best show I’ve ever seen. Again, we were blown away from the energy and tricks and turns. Then the next day we had an amazing surprise when Angel came into school and coached our class on the male solo. It was amazing and an experience I’ll never forget. 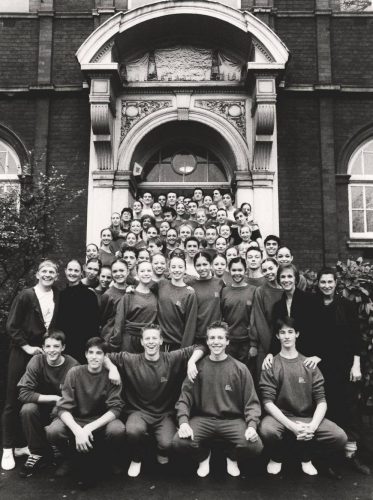 The Prix de Lausanne has spotted many promising British dancers over the four decades that it has been awarding prizes. The late Bryony Brind was one of the first winners in 1977, and Darcey Bussell, Deborah Bull, Adam Cooper, Viviana Durante, Christopher Wheeldon and others have all emerged victorious. Joseph Caley won the competition in 2004.

Lausanne was a very nerve racking experience, but I think that whenever you perform on stage you have some nerves so it all helps towards being a professional.

The stakes were higher than any other competition I had done before as I was going against other dancers from around the world and representing the school.

He also had to cope with a raked stage, which can be daunting at first, throwing dancers off their habitual axis.

I had never danced on a rake before and Lausanne has a particularly steep one. But one of the hardest things was being there without a coach. Most of the other dancers had their teachers with them. I was lucky enough to go with my good friend Aaron Robison so we would try to help each other out. We did well getting to the finals and I was lucky enough to get a scholarship.

Caley was only in his second year at the Royal Ballet Upper School when David Bintley, artistic director of the Birmingham Royal Ballet, invited him to join the company.

Obviously, I was over the moon, but Gailene Stock, who was director at the school at the time, wanted me to finish the three-year course. We had an incredible tour booked for our final year so looking back I don’t regret it at all. We went to New York and Japan and had an amazing time. Already having a job lined up meant I could really enjoy my final years at school.

When he did join the company, Bintley gave him many opportunities to dance from the outset.

I gained lots of experience straight away. I really enjoyed dancing with Birmingham Royal Ballet; there was a great atmosphere in the company and people were very supportive.

If there are downsides in leaving his friends and company in Birmingham, the rewards in London will be substantial.

I’m super excited about joining English National Ballet. We have some incredible rep coming up, none of which I have danced before. I also have really close friends in the company so it’s really nice to be working with them again. It’s been helpful having them here and it’s making the transition to the company easier.

Joseph Caley has no doubts that he made the right decision.

I’m really enjoying it. It’s been an extremely busy start. I’m learning lots of new material but I came here for a new challenge and so far, it’s been great.