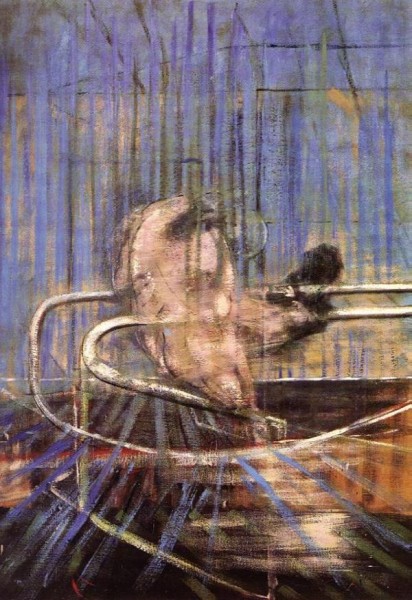 A Francis Bacon masterpiece painted at the height of the British artist’s impassioned affair with a former World War Two fighter pilot is expected to fetch up to 9 million pounds ($15 million) when it is auctioned for the first time in June at Sotheby’s.

Bacon’s 1961 oil on canvas “Crouching Nude” is one of his large-scale paintings and is feted for its ominous, brooding atmosphere in which the distorted female model grins grotesquely.

“Alongside Picasso, Bacon is the outstanding postwar artist and his ‘Crouching Nude’ of 1961 is a magnificent painting which epitomizes the artist’s work at this important moment in his career,” said Oliver Barker of auctioneers Sotheby’s.

Bacon never used life models for his existential masterpieces, instead relying on clippings, photographs and memories of the faces and bodies of those around him as inspiration.

The pilot, Peter Lacy, was one such muse, and conducted a fraught relationship with the artist until his death from drink in 1962, which Bacon learned about via telegram on the eve of his 1962 retrospective which opened at the Tate Gallery and featured Crouching Nude.

It will be auctioned by Sotheby’s in London on June 29.