Osipova’s Juliet starts out as a hyper teenager, whirling on brilliantly fast feet. There’s an immediate abandon to her dancing, movement sweeping through her small frame. As an actress, she doesn’t always find the balance between this delicate choreography and her own huge personality. The Independent

The limpid beauty of Osipova’s dancing — all languid limbs and swooning backbends — is matched by emotional radiance as Juliet gradually shifts from sweet, skittery girlishness to passionately grown-up resolve. The Times

Osipova’s lovely poise and suppleness illuminate Juliet’s youthful joy; she skims the stage in Ashton’s characteristic embroidery of steps — bourréeing as she flickers her hands in a scattering of happiness.  The Sunday Times

Osipova’s Juliet gained in urgency as the action developed, and in the later scenes had tragic dignity. The Financial Times

Act II belongs to Osipova. From her petulant outburst at the thought of marriage to Paris, to gulping down her poison, this is a gripping transformation from lovestruck girl to desperate woman. Her body shivering, retching, then swept into whirling rapture, she plays it less as an ill-fated love story than a descent into madness. There’s a great moment when Juliet first takes the poison from Friar Lawrence and holds it aloft, her bourrées first a ghostly glide then coming to a loud, stuttering halt as if the reality of what she’s about to do has just slammed into her. It’s a tiny detail but it’s the way a masterful dancer makes the steps serve her character, rather than pasting the character on to the steps. The Observer Vasiliev is an ardent Romeo, his powerful legs scooping and scissoring the air. The Times

The sheer speed of the fiddly steps looks like a trip hazard, and Vasiliev is most comfortable when given some time and space to show off those amazing jumps, slicing precision beats in the air, muscular thighs bulging like ham hocks. He really revs up for the fight scene that closes Act I. The Observer

He is a compact, muscular dancer who can spin and leap to eye-popping effect. The London Evening Standard 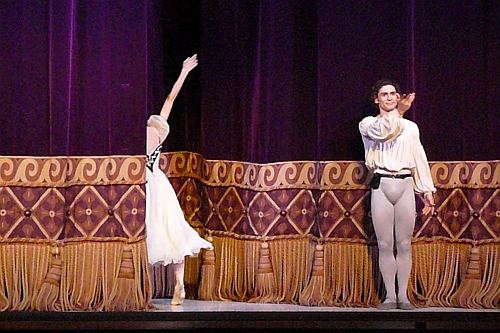 It stars the Bolshoi’s magnificent Ivan Vasiliev and Natalia Osipova – charisma to their fingertips, his lithe warmth to her fizzing attack. – The Independent

Their dancing, their presences, are potent, grand in scale, if sometimes self-reliant rather than trusting Ashton’s steps. The Financial Times

Electric doesn’t begin to describe their chemistry. The couple are physically and artistically in sync, so duets are theatrically convincing and emotionally moving. The London Evening Standard

The couple’s determination to master Ashton has its own heroic quality – and where they succeed, they are transcendent. The Guardian

But oh, how wonderfully well she handles the carefree, skittish footwork of Act 1, how magnificently he rises to the technical challenges of his two pas de trois, and, above all, how stirringly these real-life lovers respond to each other. The combination of tenderness, tremulousness and untamed passion in their mutual encounters makes the hairs prickle. The Telegraph

But the night, for all its compromise, belongs to Vasiliev and Osipova, he a Byronic Romeo with his wild curls and Soyuz-powered jump, she an impetuous teen who skitters through Ashton’s embroidered steps as if racing to her death. You can see both trying to adapt their big Bolshoi techniques to Ashton’s more intimate vision. Sometimes they get it, mostly they don’t. But the attempt makes mesmerising watching. The Independent on Sunday

They came to do English Ashton and they lost themselves in the ebb and flow of the achingly beautiful choreography.

The benefit for us was two-fold. First, the steps were meticulously placed and performed; he with a surprising classical refinement beneath his muscular exuberance, she with a perfect feeling for the flow of movement pouring through her body and the turbulent impact of adolescent passion.

Best of all, this couple’s artistry captured love between a man and a woman and the limitless expression of the classical technique. An arabesque can be rapture or despair, a pirouette a flash of desire or a shiver of horror; a soul-feeding vindication of the art form we love. The Sunday Express

The Royal Danish Ballet’s Alban Lendorf is an elegant, fleet-footed Mercutio. The Independent

I was much impressed by Alban Lendorf, a leading dancer with the Royal Danish Ballet, his Mercutio superbly shown in step and feeling. The Financial Times

Alban Lendorf – emerging star at the Royal Danish Ballet – is an insouciant, scintillating Mercutio. The Guardian 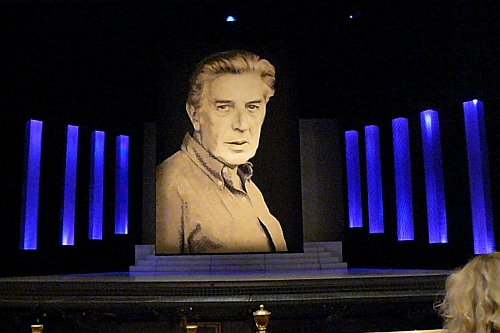 In the essential relationships of the ballet, though, Ashton speaks to the heart. The Sunday Times

Ashton’s manner is modest, classically exact, demanding that finesse in performance that made him a lyric poet in dance, and I find it now at odds with the urgencies of its score. The Financial Times

The choreography’s virtues are fascinating to see: the fast, fluid pacing of the action, the pure dance invention and the eloquent breathing space given to key dramatic moments – Romeo’s horrified comprehension of the forces stacked against him, after Tybalt’s death, has never resonated more starkly. The Guardian

There is merit in the way this R&J tightens the focus on the lovers: no tedious choruses of skirt-flapping harlots to sit through, and both the marathon mandolin dance and Juliet’s tiptoeing friends are gone. There’s no hanging about at the Capulet ball, either. Romeo is no sooner through the door than he’s whisked the host’s daughter into a private nook, only to be set upon by Johan Christensen’s bleach-blond goth of a Tybalt, a genuinely frightening psychopath and vicious swordsman. His noisy death-roll down those steps is horribly satisfying. The Independent on Sunday

Ashton has crystallised the world’s most famous love story into a focused economy rather than a boisterous blockbuster. This risky approach exposes the steps, the music and the performers with no flummery to paper over the cracks. In all honesty, there are very few cracks to be seen. What is startlingly obvious is the heart-rending beauty of Sir Frederick’s choreography. The Sunday Express