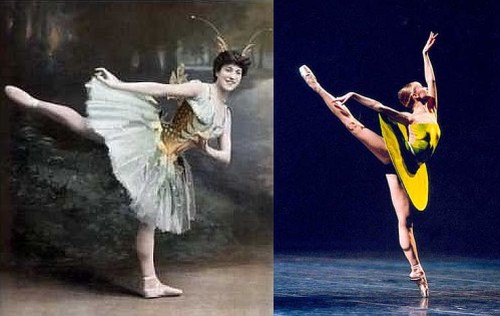 This week, Eleonora Abbagnato became the first Italian étoile at the Paris Opera Ballet for generations. The only other was Carlotta Zambelli who became one of the company’s stars at the end of the 19th century. Quite an achievement for the 34-year-old dancer from Palermo. Valeria Crippa of the Corriere della Sera spoke to her.

When I first heard that I was being promoted I almost fainted and collapsed against my partner Nicholas Le Riche. There was an air of anticipation backstage from the beginning of the ballet, and then my colleague Benjamin Pech confirmed the rumours. Brigitte Lefèvre came onstage after the performance for the announcement, and when the audience rose to its feet to applaud I felt as though I’d died and was being reborn. It was like a party, with all my close friends around me, Pech and Hervé Moreau, and my parents had flown in from Palermo to see me dancing Carmen. I dedicate this promotion to them – they have always supported me – and my husband Federico Balzaretti, and our daughter Julia. I though of her during the first variation of Carmen – motherhood has made me stronger. Unfortunately Federico had to remain in Rome for training, but he wrote in an sms: “I’m proud of you.”

Abbagnato has been waiting more than a decade for this final promotion.

For years I have been dancing the roles of étoile and working with the greatest choreographers, from Forsythe to Béjart to Pina Bausch. Meanwhile, Sarkozy made me a Chevalier dans l’Ordre des Arts et des Lettres. Perhaps my sabbatical year away from the company instilled doubts in Lefèvre, though she always encouraged me. I have still to meet the new director of the company, Benjamin Millepied, who arrives in 2014.

Although she will be forced to leave the Paris Opera Ballet when she reaches her 42nd birthday, the retirement age for the women in the company, she can now bask in the knowledge that she is one of the few étoiles in the company’s history who isn’t French.