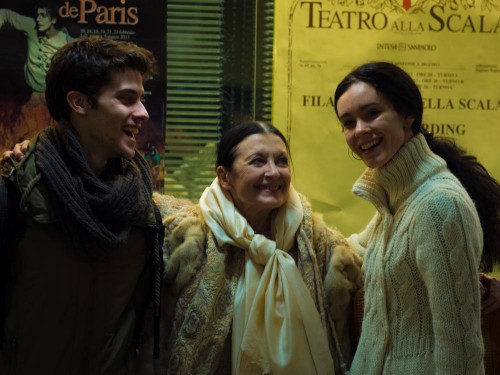 Ivan Vasiliev, who has been suffering from back pains for a few days, was forced to bow out of his début at Teatro alla Scala in Milan at the last minute. He was already in make-up for his role as the Hunchback in Roland Petit’s Notre-Dame de Paris, when half-an-hour before curtain up he realised he couldn’t go on.

21-year-old Claudio Coviello who had danced the role at the matinée performance stepped in. As the announcement was made in the theatre wails arrived from all parts of the house with cries of “No!”. It is to young Coviello’s credit that the cries turned to cheers by the end of his first solo. His Esmeralda was rising young Italian star Petra Conti, who danced the role superbly, and her real life partner, Eris Nezha, played her stage suitor in apt heroic fashion.

Carla Fracci, who was in the theatre to witness Vasiliev’s performance, found herself watching Coviello who she has known since he was a boy. He was a student in the Rome Ballet School when she was the director of Rome Opera Ballet.

Natalia Osipova (Vasiliev’s real life partner) played Esmeralda in the first three performances of the run, with Roberto Bolle as her Quasimodo.