You are here: Home / dance / Relief among arts organizations as UK arts cuts are less than expected 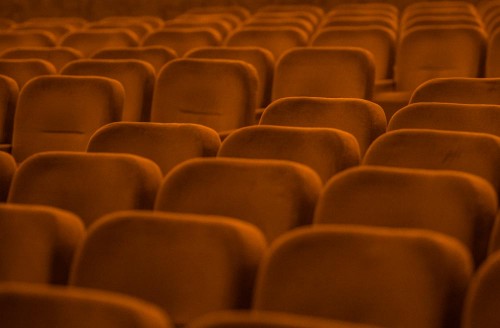 The UK chancellor, George Osborne, has unveiled his 7% spending cut in the Department for Culture, Media and Sport, which is part of the Spending Review. The Arts Council will share less of the burden however, with a 5% reduction during 2015/16.

I am encouraged that the government has listened to our concerns and recognizes the value that arts and culture make to both the quality of people’s lives, and also to the economy. I now look forward to working with Arts Council England as they determine how best to allocate their resources for the future. We recognize that the 5% cut will have a significant impact and we will continue to do all we can to support our colleagues across the sector, including those working in the smaller and regional companies who play such a vital role in the creative industries and who may also be impacted by the 10% cut to local governments.

The cuts, which are thankfully less than many arts organisations had feared, are part of the chancellor’s plan to reduce the deficit.

O’Neill underlined the successes and strengths of the Royal Opera and Ballet.

The Royal Opera House continues to provide exceptional value for the money we receive raising more than £3 for every £1 of public subsidy. The current Season has seen 437 performances with 677,000 tickets sold to date, starting at just £5 with 40% priced at £40 or under. In the 2012/13 Season almost 11,000 people experienced our Deloitte Ignite festival of cutting edge work with most events being free; our ROH Live Cinema Season had its largest audience to date with more than 40,000 people across the UK watching The Royal Ballet’s Alice’s Adventures in Wonderland; our BP Big Screens offer free relayed performances in 22 locations around the country, and content from Royal Ballet Live – a day in the life of The Royal Ballet broadcast online – has been viewed more than 1million times.

An prestigious organization like the Royal Opera House can win over private sponsors with relative ease, but the situation is quite different for smaller companies. However the ROH also has operating costs which are far greater than those of smaller organisations, and replacing the slice of the cake which has been taken away won’t be easy. The general reaction from arts bodies has been positive.

It is a relief, especially given that we were looking at modellings of 15% and the devastation that would cause. I think 5% is a good outcome.

Nicholas Serota, director of the Tate galleries, was also pleased,

It is a recognition by the government of the important contribution made by culture and creative industries to the life of communities across the country and to the international standing of Britain.