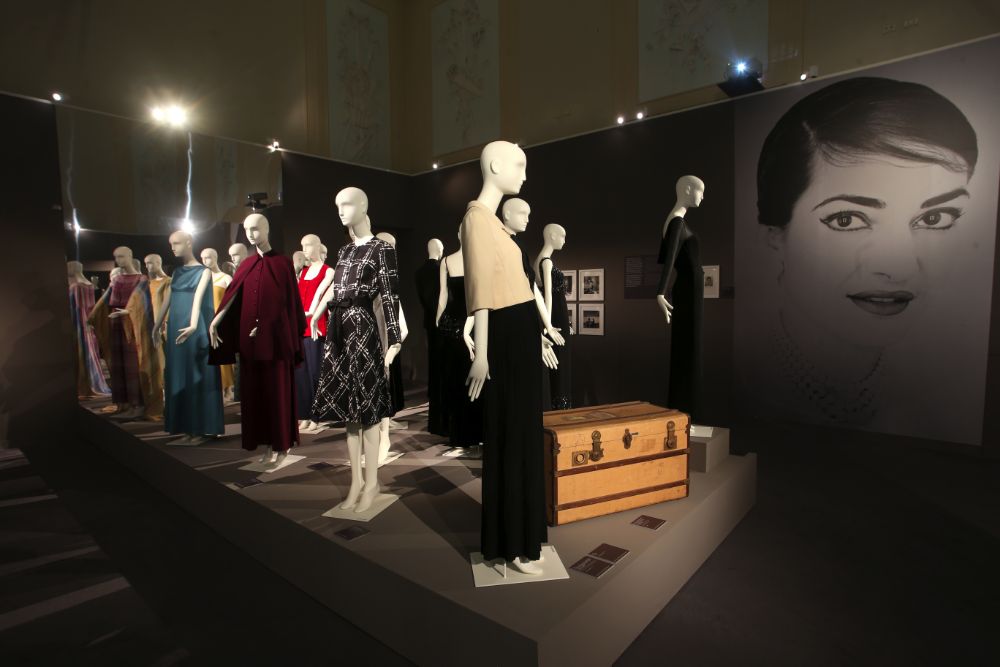 Maria Callas: The Exhibition in Verona, runs throughout the summer opera season until 18 September 2016. 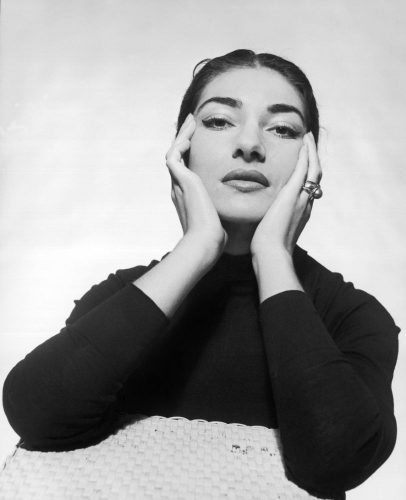 It is the largest such exhibition dedicated to La Divina and contains artefacts from her personal as well as professional life. Callas’s voice pervades each beautifully lit and laid-out room, either via recordings or the many looped videos. There are her clothes, especially those by Biki, the Milanese stylist who fashioned the ‘Callas look’ during the Milan years, as well as several opera costumes; there are personal treasures and stage jewellery; hats, wigs and glasses; telegrams, letters, newspaper articles and photographs illustrating the successes, the scandals, and her loves.

The Curator Massimiliano Capella has divided the exhibition into fourteen sections starting with America and Greece and moving through the stations of her life which gives the faint air of a pilgrimage which, I suppose, it is, though this one finishes in a small dark room with a video of Callas’s ashes being scattered on the Aegean Sea.

One of the early sections is centred around the Verona years. The city which hosts the exhibition was her home for a while and she married Giovanni Battista Meneghini at Verona’s Church of the Filippini in 1949. It was in Verona that she made her Italian debut. Between 1947 and 1954 she would sing 24 performances of La Gioconda, Turandot, Aida, La Traviata, Il Trovatore and Mefistofele.

From 1947 to 1953, the Opera Houses of Venice, Florence and Rome were central to her career and it was at this time that she interpreted characters which became the touchstone roles of her career, debuting in quick succession in Norma, Lucia di Lammermoor, Medea and La Traviata.

A further section charts her triumphs in South America when from 1949 to 1952 she conquered the clamorous opera crowds, above all in Mexico and Argentina.

It was the Milan years that were to see some of her greatest performances and, of course, it was at La Scala during the summer breaks, that she recorded many of the EMI recordings. On 17 September 1947 Callas had auditioned for La Scala with Casta Diva and O Patria mia, but the Artistic Director, Mario Labroca, didn’t think she was suitable. However, a substitution for Renata Tebaldi on 12 April 1950 in Aida launched a relationship that would continue for more than a decade. Between 1950 and 1962 she would sing 23 different operas, appearing on the Milanese stage 181 times.

Maria Callas during a photoshoot in her Milanese home for Grazia, 1 June 1958 – photo by Franco Gremignani

Maria Callas at home in Milan with the candelabra given to her by La Scala, 1955

Callas bought a house in Milan in via Buonarroti 40, near Verdi’s Retirement Home for Musicians, and one famous photo shows her at her piano on which sits a golden candelabra given to her by La Scala in 1955… the candelabra is one of the many personal objects on display.

Although critics and public were mostly enthusiastic about her vocal performances between 1947 and 1953, comments about her physical aspect were less favourable. Although she was quite tall at 1.73 metres (5’ 8”) she weighed almost 100 kilos (220 lbs); quite a large girl. In 1952 a tactless critic wrote, “It was impossible to distinguish between the elephants’ feet and those of Aida.”

So between the summer of 1952 and the spring of 1954 she lost 35 kilos, and in doing so – with the help of Biki – transformed herself into a style icon. Many of her outfits are reunited for the Callas exhibition. The iconic portrait by Jerry Tiffany in New York for EMI in 1958 demonstrates how the transformation was complete.

In 1952 she made her debut at the Royal Opera House in London as Norma. London would later be the place of her last appearance in a complete opera, in 1965, and one of the dates of her final concert tour with Giuseppe di Stefano in 1973. But London was to also be the setting for a famous… infamous encounter.

In 1959, when Callas was one of the core members of the international jet set, a party was held at London’s Dorchester Hotel after the opening of Medea at Covent Garden on 17 June 1959. The event was hosted by Aristotle Onassis. The next month Callas and her husband were already guests aboard his yacht Christina and the fatal relationship began.

Incredibly, Callas had yet to make her North American debut and another section of the exhibition deals with this period as she returns to the country of her birth. First in Chicago in 1954, then in 1956 for her Met debut singing Norma, Tosca and Lucia. TIME magazine put her on its cover on 29 October 1956. In 1959 she was singing her last Lucia of her career in Dallas just as her separation from Meneghini went public.

In this period there was another homecoming as she returned to Greece to sing at the Odeon of Herodes Atticus during the summer of 1957. During 1960 and 1961 when her relationship with Onassis was in full swing, she also sang Norma and Medea at the Great Theatre of Epidaurus.

Room 11 concentrates on Callas’s relationship with Paris which went from the gala for her extraordinary debut there in 1958 in occasion of her receiving the Légion d’honneur (a gala which the newspapers dubbed ‘The Greatest Show on Earth’) to her years of solitude until her death at her house in Avenue Georges Mandel in 1977.

In 1965 she sang her last opera performances with a Norma in Paris and Tosca in New York, Paris and London. It was after the London performance that she decided to stop singing complete operas… she was 42.

Her relationship with Onassis ended in 1968 when he left her for Jacqueline Kennedy.

In 1969 she did interpret one of her opera characters again for Pier Paolo Pasolini’s film of Medea; though in this occasion she wasn’t required to sing. Piero Tosi’s magnificent costume for the film is part of the exhibition, as is favourite black leather jacket that Callas wore during this period. Various documents on show illustrate the intimate nature of the friendship between the director and his leading lady.

The final rooms contain some of her hats, bags, shoes, turbans and other accessories which Biki so carefully labelled in the early years to help her young protégé coordinate the right hat with the right gown. Biki continued to dress her when she lived in Paris, as well as Saint Laurent, Pierre Cardin, Hérmes and Alexander for her wigs.

In the early ‘70s she appeared at Juilliard for the legendary workshops, directed I Vespri Siciliani together with Di Stefano in Turin, and Di Stefano convinced her to join him in an around-the-world concert tour which finished in 1974.

In 1975, Onassis died in a Paris hospital, a few months later Pasolini’s murdered body was found on the beach at Ostia near Rome, and the following year saw the death of another friend and mentor Luchino Visconti, who once said that he’d only started directing opera because of Callas.

Ever more alone, Callas wrote in a letter, “No children, no family, no friends.”