You are here: Home / dance / Julio Bocca talks about his emotional 50th Birthday Gala in New York this Friday 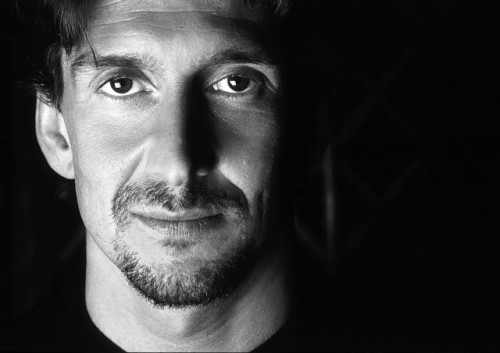 Youth America Grand Prix celebrates Julio Bocca on his 50th Birthday, as part of its Legends in Dance series, this Friday, 14 April.

An exciting programme sees Luciana Paris and Marcelo Gomes in My Way from Twyla Tharp’s Sinatra Suite, and Maria Noel Riccetto (who now dances with Bocca’s Ballet Nacional SODRE in Uruguay) who will dance with Gomes in the MacMillan’s Romeo and Juliet Balcony Scene.

YAGP alumnus Isaac Hernandez will step into Bocca’s old flatties as Basilio with Tamara Rojo, in the pas de deux that Bocca and Rojo danced together for his farewell in Buenos Aires, Bocca’s hometown. Nina Ananiashvili and Manuel Legris, who were also in that gala ten years ago, will also dance on Friday: Ananiashvili in a solo piece, and Legris with Isabelle Guerin in Farewell Waltz by Patrick De Bana.

Lucia Lacarra and Marlon Dino, Tiler Peck and Joaquin de Luz, are in the line-up, with several others, including tango performers dancing to the music of Astor Piazzolla.

What can be said about Julio that hasn’t already been said? All the best adjectives are taken!

Julio, had to become a dancer. I’m not sure whether he chose dance, or if dance chose him. He is at once, athletic and graceful, exciting and sensitive, all rolled up in one fiery Argentinian body. Best of all, he is warm, generous of spirit and honest. Now, he is known by one name: there’s Bono, Madonna, Kanye… and for us in the ballet world, there’s simply, JULIO.

For Bocca, returning to New York has a strong, emotional impact.

I’m staying at a hotel across the road from the Lincoln Center, where the gala will take place. Yesterday, I went onto the hotel’s terrace with a glass of champagne, and looked down on it with tears in my eyes as I have so many memories of dancing here.

I can only say thank you, as this city… this country… opened its arms to me when I was very young; an embrace that continued for twenty years! And now, again! To have something like this, now, here, ten years after I retired and just after my fiftieth birthday, right here in the Big Apple and at the Lincoln Center is just amazing. I’m feeling very excited and emotional.

Life is now in Uruguay, where he has directed the national company for the past seven years.

The company is getting better, and is much stronger now. On 5 December, we’ll be going to Vicenza with a group of dancers from the company, and then we’ll open the Cannes Dance Festival on 8 December with Don Quixote, so I’m excited for the company.

I’m feeling really happy, but also tired. I like the idea of a year off, without the responsibility and decision-making, and without the timetable to keep to everyday.

Bocca was a regular on the gala circuit for two decades. Now he gets to watch.

I see the list of all these great dancers, dancing for me, and for the first time I will be sitting and watching them dance because in the past we’ve danced together, in galas around the world. It’s very exciting, but I’m also quite nervous about it… I don’t really know what’s going to happen.

Tickets for JULIO BOCCA: A TRIBUTE TO A DANCE LEGEND on Friday 14 April can be purchased here.

Julio deserves this tribute. I’m very proud of him as well as all the argentinian people!