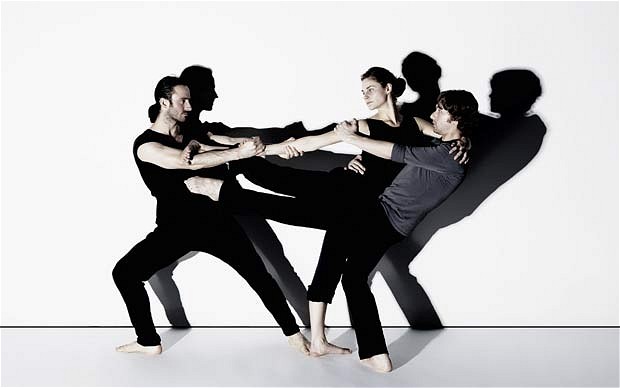 After 12 years at Covent Garden, eight of them as a principal dancer, Putrov quit the Royal Ballet last year in a move that prompted a flood of gossip and rumour. Falling out with his ballerina partners? Flareups in the rehearsal studio? Failing to keep his eye on the ball?

says Debra Craine in The Times

I love the company, but I instigated this project with the Pet Shop Boys and I had to see it through,” comments Putrov.

Pet Shop Boys were introduced to Sadler’s Wells over four years ago by the ex-Royal Ballet principal who asked them to write a ballet score for him. The Most Incredible Thing, a Hans Christian Andersen story written in 1870 was chosen as the story. It tells the tale of a princess, a kingdom, and of two very different approaches to the task of creating something extraordinary.

The Pet Shop Boys are thrilled,

This is a very exciting project to be part of. In the past we have written music for the club dance-floor so to write music for the ballet stage seems like a logical development. Also we have always been fascinated by giving our music a theatrical context.”

But Putrov is obviously hoping that his connection wil the Royal Ballet won’t be severed for ever. Craine asks is he has turned his back on classical ballet?

No I wouldn’t say that. I love the classics. And I like that you keep them alive by recreating them with each performance.”

Any regrets about leaving the Royal Ballet? “No, none at all. I’m very happy with what I got to dance there, I was blessed with a huge variety of roles, I believe in what the company represents and even though I have left I still feel very much part of it. And if there would be a possibility in the future to dance with the Royal Ballet again, I would love to dance with the company.”