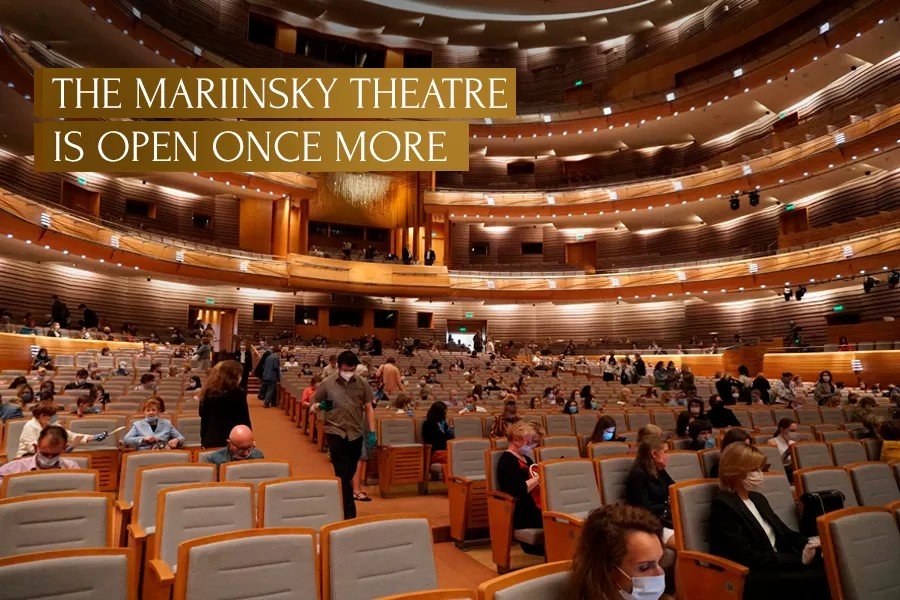 After last night’s socially distanced concert by Denis Matsuev at the Mariinsky Theatre – which was streamed live on the theatre’s YouTube channel – the mini-season for the Stars of the White Nights festival will continue today with a concert performance of Samson et Dalila this afternoon, followed by a ballet gala this evening with Ekaterina Kondaurova, Alina Somova, Viktoria Tereshkina, Kimin Kim, Xander Parish, and Vladimir Shklyarov.

The gala will be repeated tomorrow, Sunday 12 July, in the afternoon, followed by another gala featuring Oxana Skorik, Timur Askerov, and Andrei Yermakov, in the evening.

The final event, on 14 July, is a concert performance of Cavalleria rusticana.

La Scala in Milan has mounted a four-concert season with a capacity of 600 spectators instead of 2,000, yet they are not selling out. The Mariinsky too has seats available for every event. For both theatres, this might be explained by the current lack of tourists and this being a period when many locals are on holiday. However, there may be also a psychological factor in returning to a closed theatre, even with social distancing, and also the discomfort of wearing a mask throughout a performance. Both theatres are selling tickets at ‘popular’ prices, with the Mariinsky’s stalls tickets at less than €100.

All the Mariinsky galas and operas will be streamed live on their YouTube channel and will be available to watch after the event has concluded.