Dancers have different backgrounds, and tell different stories: this is Zach’s, told through a series of diary entries which he will write during his first months in Stuttgart. Let him introduce himself… 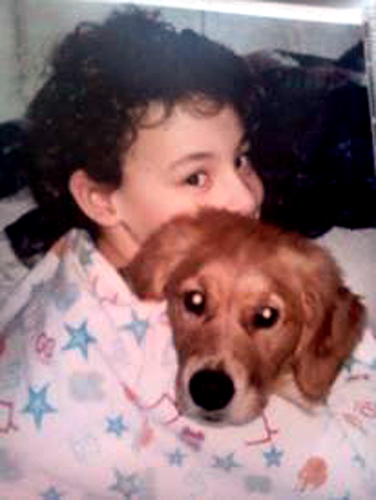 My name is Zachary Rogers (Zach for short!), and I’ve been accepted to attend the John Cranko Schule in Stuttgart, Germany. It has been a dream of mine for years to be accepted to this school, and I can hardly believe it’s actually happening! The road to this achievement has been a long and difficult one, and it won’t get any less difficult from here on out, but I know I’m on the right path to achieving my dreams.

I was born in Vancouver 18 years ago, and shortly afterwards my family relocated to Revelstoke, a small mountain town in the Okanagan region of British Columbia. Revelstoke’s population is roughly 9,000, and growing up there was very special; everyone knew everyone, and I had a great group of friends there, not to mention the beautiful mountains with their gorgeous hiking and mountain bike trails that lay just beyond our backyard.

I began dance classes such as tap and jazz in Revelstoke when I was around 6 years old. At that time, they didn’t offer any ballet at all, but I was content with the classes I was taking. I just love to move to music; I can’t remember a time when I didn’t. Dance was always a part of my life, and although I didn’t start out as a ballet fanatic, it sure wasn’t long until it was all I could think about.

Outside of dance I enjoyed reading and playing the piano. Unfortunately, dance lessons took top priority in my schedule over piano, and after a wonderful three of four years ( I can’t remember exactly) of studying piano I decided to give it up to dedicate more time to dance. Shortly afterwards, however, I decided to take a break from dance for one year, to see if any other activities would spark my interest. That didn’t happen, and although after school I would play soccer and spend time with friends, dance was constantly on my mind. After watching Mikhail Baryshnikov and Gelsey Kirkland in ABT’s recording of ‘The Nutcracker’, I told my Mum that I wanted to begin ballet classes.

We started in Revelstoke; a woman had just began teaching beginner ballet classes there, and we thought that would be our best bet, since I was most definitely a beginner at 11 years old. I only stayed with this teacher for just under a year; it wasn’t quite what I was looking for, and she moved away at the end of the season. So we looked elsewhere; in the town of Salmon Arm, about an hour and a half’s drive away, where there was a well-regarded teacher who had trained a dancer who eventually went on to study in Winnipeg at the Royal Winnipeg Ballet School and was now in the company. So, I went to her.

My faithful parents would drive me there and back two or three times a week for a whole year. It was around mid-September that my teacher suggested I audition for the RWB School’s summer intensive. My parents and I thought it would be a huge step, and maybe I wouldn’t even be accepted to go, being 12 years old and already quite behind for my age. In the end, we thought it would be a great experience no matter what. So my teacher prepared me for the audition.

I was accepted to go to Winnipeg for the summer, and well, the rest is history, really. After a difficult but rewarding month away from home, by myself in a new province, city, and environment, being accepted to the year round program was all I could think about; and luckily, my hard work paid off and I was. I went there in grade 9, in the 4th of 7 levels in the school’s Ballet Academic Program. I spent an amazing five years there, learning so much valuable information from my teachers and making great friends that I will always keep in contact with. They were like my family away from home.

After my graduation in 2012 (I received a graduation diploma with distinction), I spent a year in their Aspirant Program, which prepares dancers to audition and work with companies. We got to take classes with and perform with the Royal Winnipeg Ballet, which was a really great experience; company life is so different from the school and it’s very valuable to see how they work before you join a company. There are many ‘unwritten rules’, per se, that one would never learn from the school.

During that year I prepared for the Prix de Lausanne competition, and it was one of the greatest experiences in my life to date. My teachers prepared me so well, despite a nagging knee injury that almost caused me to pull out months before the competition, and I made it through to the final round. Although I wasn’t awarded a scholarship, I was still just so happy to compete in the finals with the 20 or so other dancers who I looked up to so much. The atmosphere of the competition was so positive, and everyone was so helpful and respectful of one another. It was really great, and I met so many amazing people.

Another highlight of that year was the Assemblée Internationale ballet festival in Toronto. All of the top ballet schools were there; Paris Opera Ballet School, Royal Ballet School, John Cranko Schule, School of the Hamburg Ballet, to name just a handful. Contemporary schools were there also, including Juilliard! It was there that I approached the director of the John Cranko School after sending a video audition the week prior to the meeting in Toronto. He watched my classes and told me I was accepted to come for the following two years into the Ballettakademie, which is their post secondary education, kind of similar to RWB’s Aspirant program, but with less exposure to the company. This is exactly what I wanted; another year or two of the strict, school environment, to polish my technique before joining a company.

I know I need to get a lot stronger, and I knew that coming to this world renowned school would help me achieve that.

The second part of Zach’s Diary will appear in two weeks… Starting at Stuttgart.